The topic of “Sanctuary Cities” is a very heated one, with very vocal people on both sides of the debate. However, the argument can often be broken down into general statements:

Here at The 14th Minute, we are certainly pro-Sanctuary City. This does not, however, mean that we are anti-Law. This can be a difficult stance for some to take in, so before we go any further, let’s review the wikipedia entry on Sanctuary Cities:

In the United States and Canada, a sanctuary city (French: ville sanctuaire, Spanish: ciudad santuario) is a city that limits its cooperation with the national government effort to enforce immigration law. Leaders of sanctuary cities want to reduce the fear of deportation and possible family break-up among people who are in the country illegally so that such people will be more willing to report crimes, use health and social services, and enroll their children in school. Municipal policies include prohibiting police or city employees from questioning people about their immigration status and refusing requests by federal immigration authorities to detain people beyond their release date, if they were jailed for breaking local law. Such policies can be set expressly in law (de jure) or observed in practice (de facto), but the designation “sanctuary city” does not have a precise legal definition. The Center for Immigration Studies, which advocates restrictive immigration policies, estimates that about 300 U.S. jurisdictions, including cities, counties and states, have adopted sanctuary policies.

For many (the author included), the crux of the issue, and why we support Sanctuary Cities, is two-fold:

Nobody thinks that Federal Immigration Law should be ignored. But it should be enforced be the federal government, not forced onto already taxed law enforcement officials who also have their own jobs to do.

“But, Jim,” I can hear the objections, “Sanctuary Cities lead to MORE crime!”

In fact, here’s some more from wikipedia on just this topic:

According to a study by Tom K. Wong, associate professor of political science at the University of California, San Diego, published by the Center for American Progress, a progressive think tank: “Crime is statistically significantly lower in sanctuary counties compared to nonsanctuary counties. Moreover, economies are stronger in sanctuary counties – from higher median household income, less poverty, and less reliance on public assistance to higher labor force participation, higher employment-to-population ratios, and lower unemployment.” The study also concluded that sanctuary cities build trust between local law enforcement and the community, which enhances public safety overall. The study evaluated sanctuary and non-sanctuary cities while controlling for differences in population, the foreign-born percentage of the population, and the percentage of the population that is Latino.”

Economy
Advocates of local enforcement of immigration laws argue that more regulatory local immigration policies would cause immigrants to flee those cities and possibly the United States altogether, while opponents argue that regulatory policies on immigrants wouldn’t affect their presence because immigrants looking for work will relocate towards economic opportunity despite challenges living there. Undocumented migrants tend to be attracted to states with more economic opportunity and individual freedom. Because there is no reliable data that asks for immigration status, there is no way to tell empirically if regulatory policies do have an effect on immigrant presence. A study comparing restrictive counties with nonrestrictive counties found that local jurisdictions that enacted regulatory immigration policies experienced a 1-2% negative effect in employment.

Health and well-being
A preliminary study’s results imply that the number of Sanctuary cities in the U.S. positively affects well-being in the undocumented immigrant population. Concerning health, a study in North Carolina found that after implementation of section 287(g), prenatal Hispanic/Latina mothers were more likely than non-Hispanic/Latina mothers to have late or inadequate prenatal care. The study’s interviews indicated that Hispanics/Latinos in the section 287(g) counties had distrust in health services among other services and had fear about going to the doctor.

With all this evidence, anyone claiming that Sanctuary Cities are “bad” clearly has their head in the sand. Let’s welcome the undocumented among us, and encourage them along the path to citizenship. It will only benefit everyone. 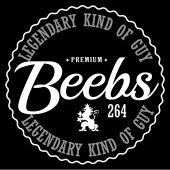 Jim McCloskey runs deus designs and maintains this website for fun. He is very outspoken when it comes to politics and would love to see The Woodlands (and all of Texas) turn blue.

An invitation to the CISD Board members

Make America Great Again…You know, like when we still had slaves